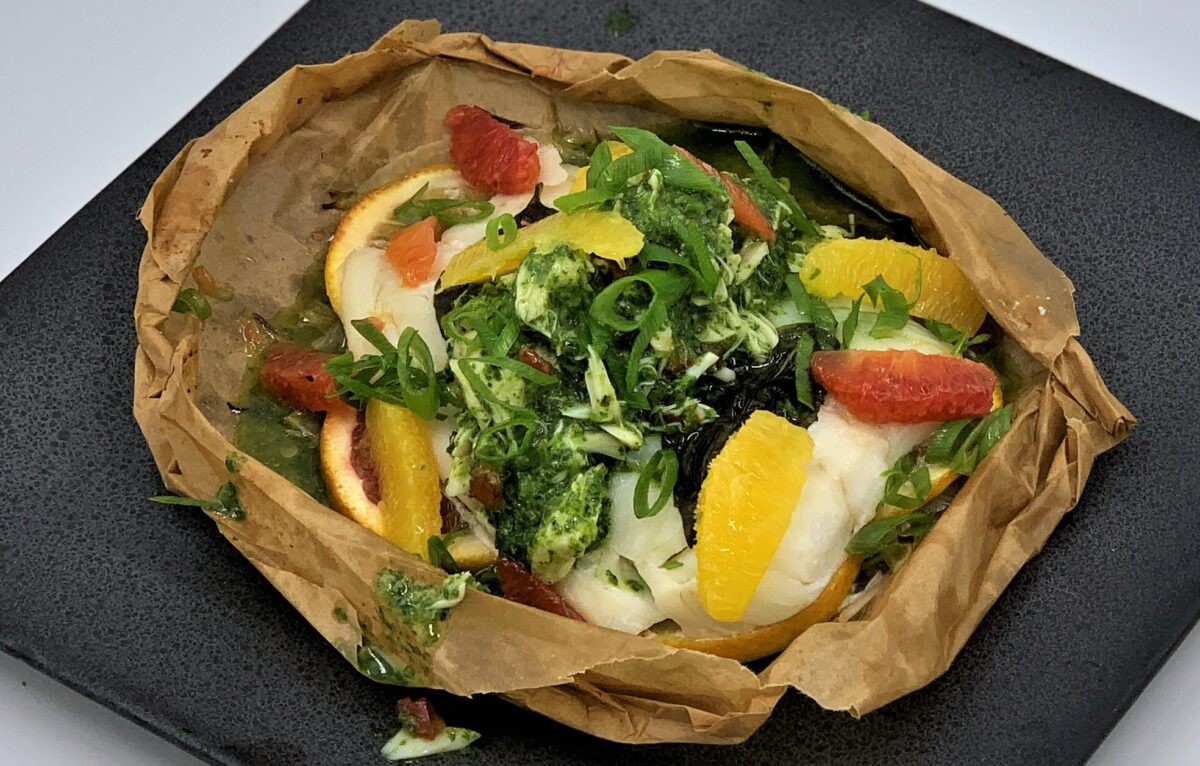 For this dish I am utilizing the classic French technique of steaming fish, or other items, enclosed in a paper packet. For this recipe I am using a filet of local haddock, a sustainable member of the cod family, with mild firm flesh and a moist texture. The fish is set on a bed of thinly sliced Winter citrus, shaved fennel and julienned leeks, then tightly sealed in parchment. These can be made ahead and should be cooked just before serving and cut open tableside for a dramatic presentation. TO add an extra layer of flavor, dimension and color I added a classic Italian Salsa Verde, a puree EVOO with fresh herbs, anchovies, capers and garlic, with the addition of some of delicious crabmeat to make it extra special and even more delicious. We hope you enjoy. 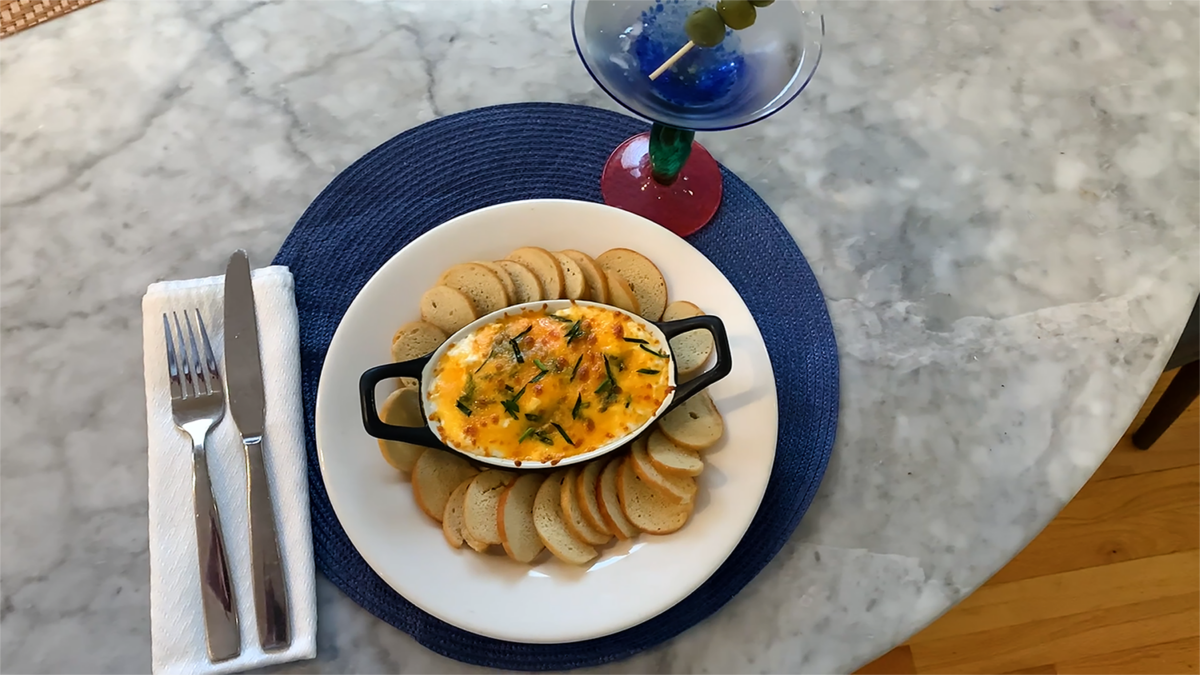 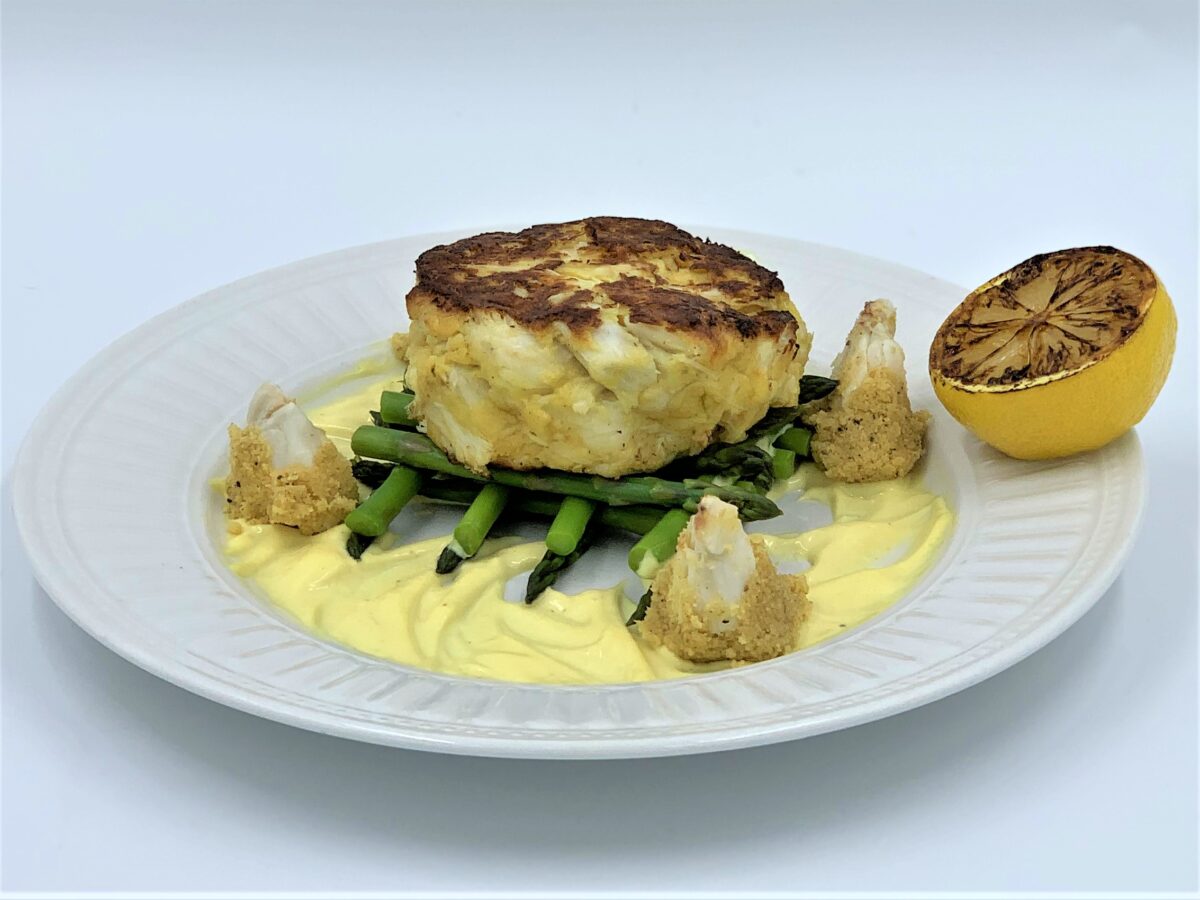 Want to wow your guests, well here you go. The top of the line crab cake, the Cadillac of crab cakes (do people still use Cadillac as a barometer of luxury?), the whole Jumbo Lump crab cake with fresh brioche breadcrumbs. Add the classic pairing of steamed asparagus and hollandaise. For the hollandaise we upped the ante a bit by roasting the lemon before squeeze into the sauce, giving a deeper, more mellow citrus flavor. And to gild the lily a bit you can garnish the plate with a few of your soon to be favorite, and dead simple, bites, pieces of whole Jumbo Lump crabmeat simply dusted with some buttery seasoned brioche breadcrumbs, the flavor of a crab cake reinvented. 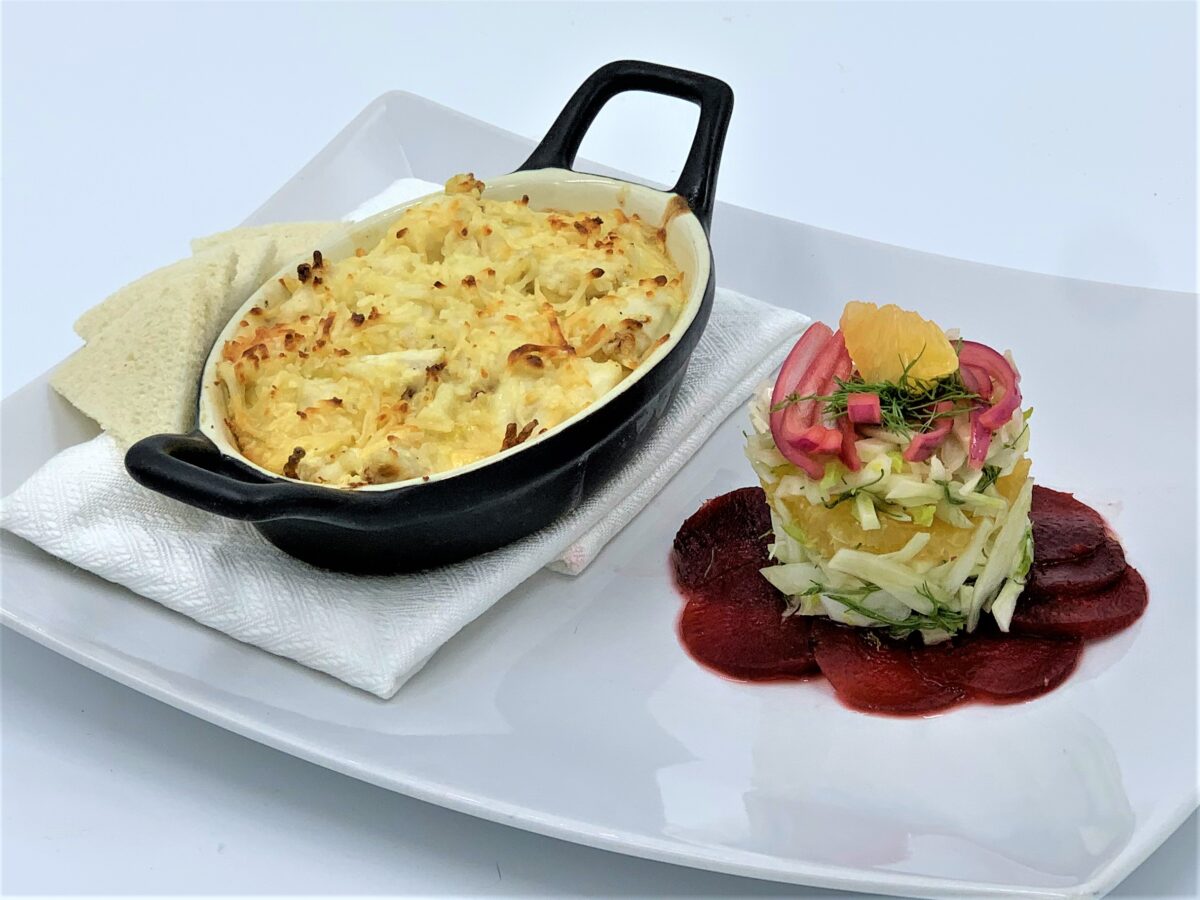 Crab Imperial is a classic dish first appearing on menus in Baltimore in the later part of the 19th century and was first published in a cookbook in 1939. There are many versions, some with breadcrumbs, some with a roux, some with peppers and onions. I went very classic and very simple, however, used our best of the best Jumbo Lump crabmeat and boy does it shine. In the end this Crab Imperial is basically a baked crab cake mix without and breadcrumbs and can easily be an excellent gluten free or Keto option. It is paired with a very bright, beautiful and refreshing salad of beets, shaved fennel, clementine segments and pickled red onions. 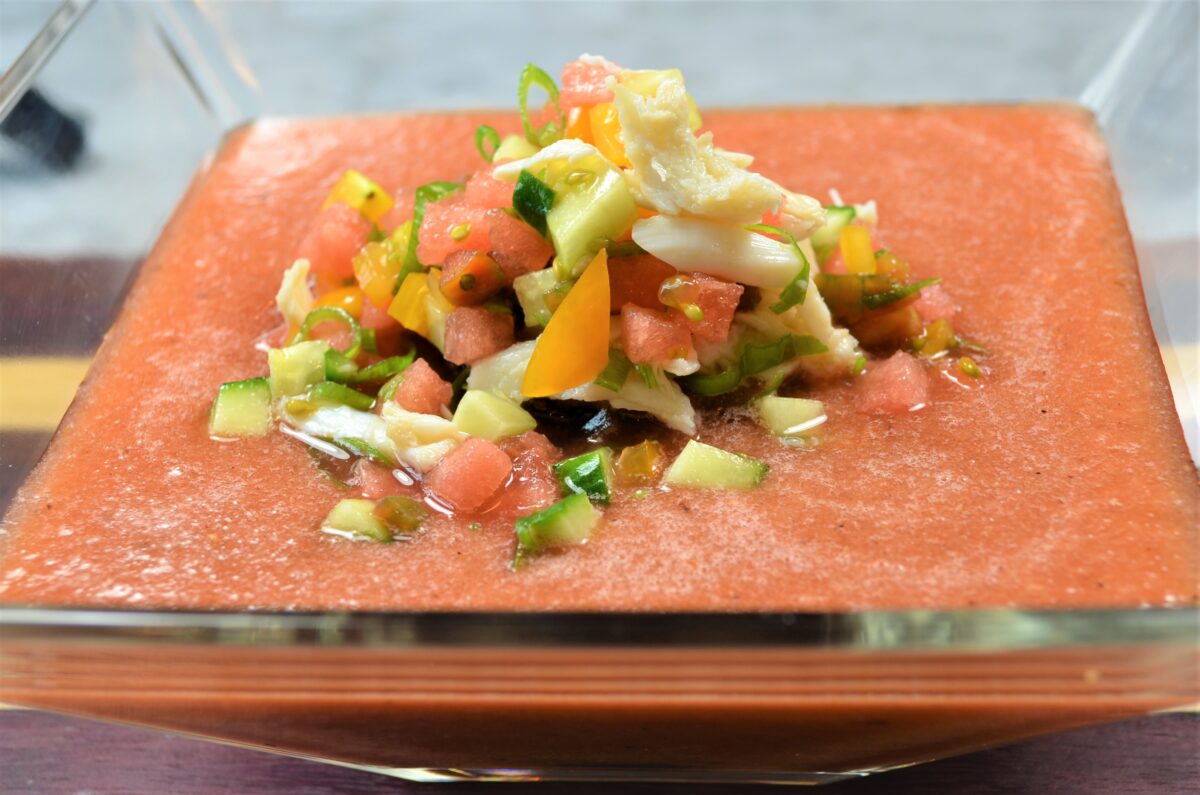 Well, Summer is officially here and it is getting hot in the kitchen! Here is a recipe that is not only seasonal and delicious, but is also pretty simple to make and doesn’t require any cooking. You can easily adjust the recipe, change the melon, change the herbs, add some spice, make it you own, the only thing you have to use is our crab. 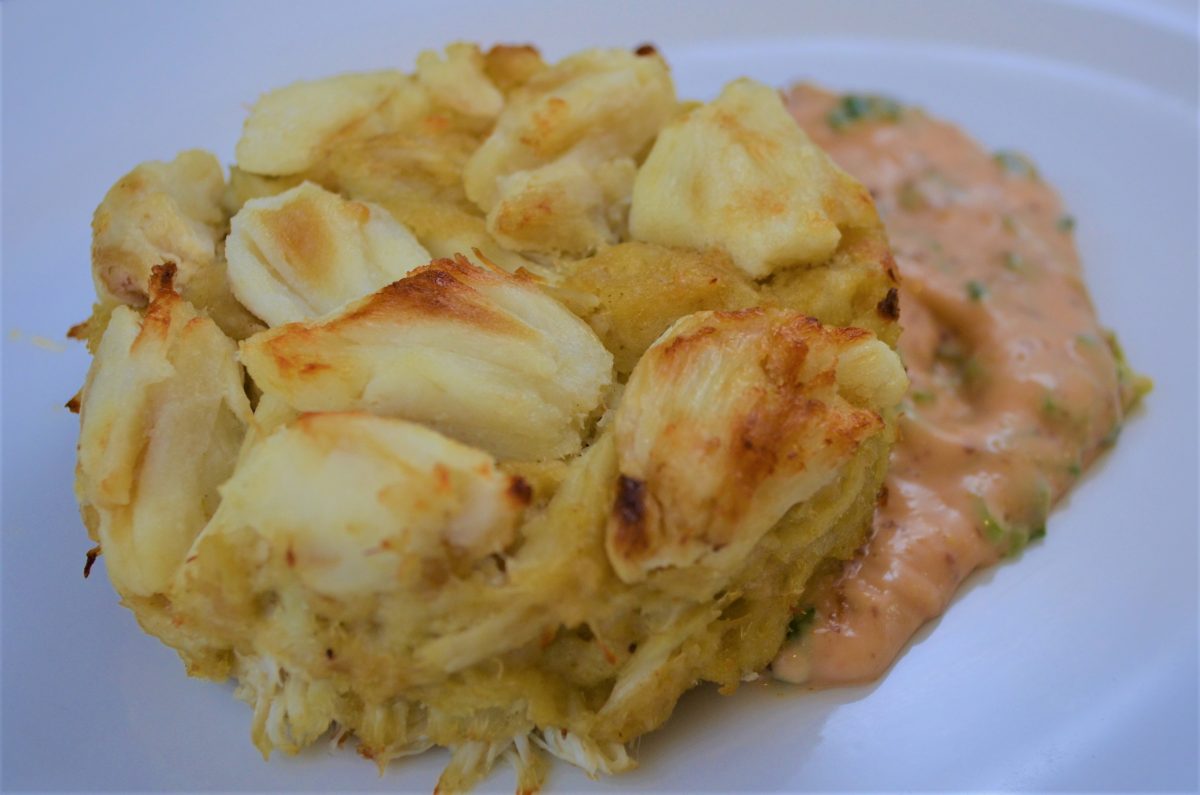 What is the most common complaint people have with most crab cakes? It’s “where is the crab?”. When you try a crab cake the first thing you want to see and taste is crab, not breadcrumbs with some crab mixed in. We have the solution. Take your crab cakes to new heights with our IQF crab.  Add a new level of excitement by adding whole pieces of jumbo lump crab on top of your cake. The first thing you will see and taste is whole pieces of beautiful, sweet and delicious jumbo lump crab. And with our IQF crab it can actually be affordable and easy. 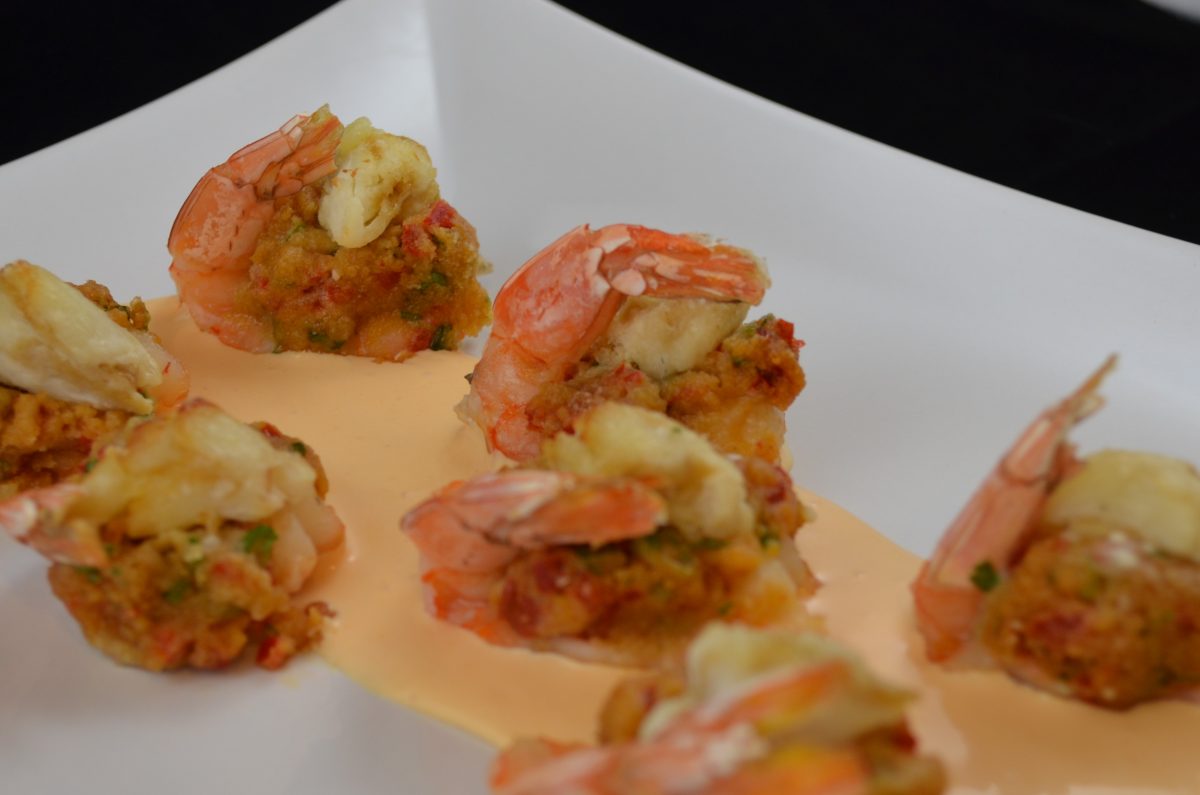 Crab stuffed shrimp is one of the most popular menu items out there. Our IQF Jumbo Lump crab is perfect for this application and can help keep your food cost in line. Paired with a rich hollandaise sauce spiked with the smoky and spicy flavor of Chipotle peppers and you’ve got a great start to a seafood feast or a great main course. 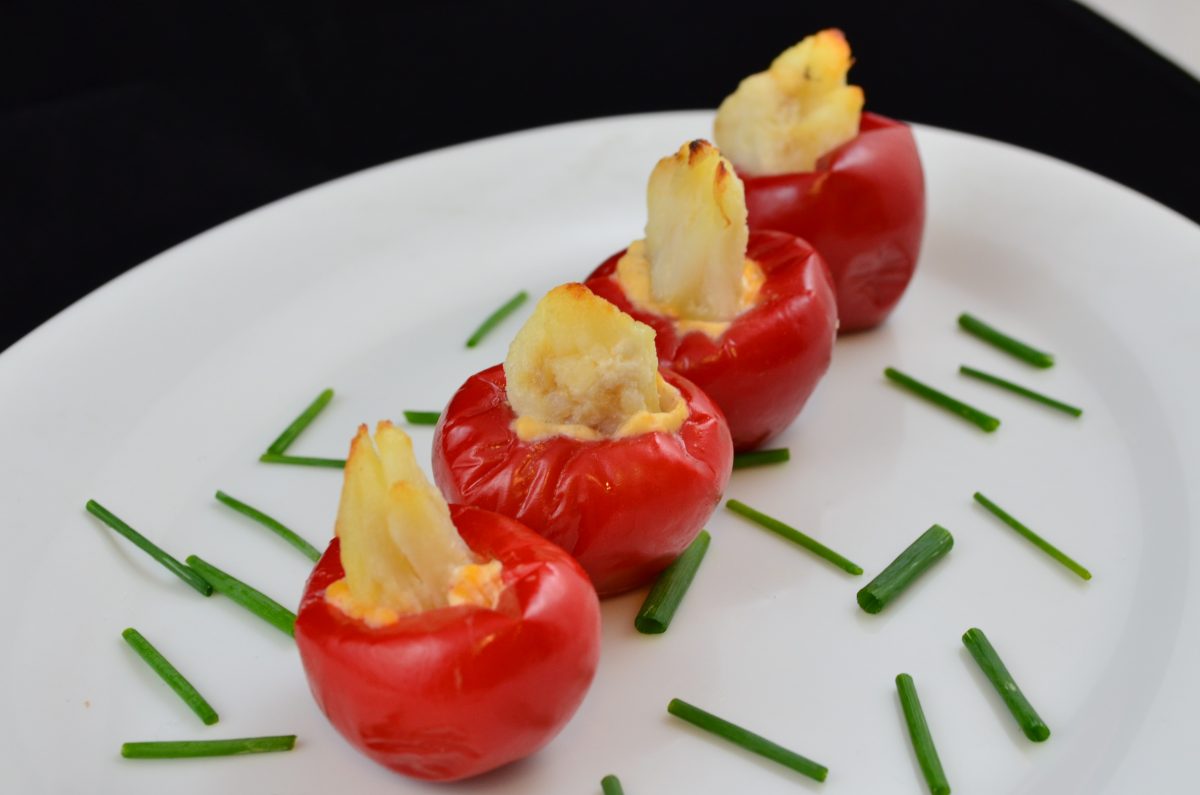 This a play off a dish that was very popular at a restaurant I owned on Long Island years ago. Sweet pickled peppers (like Peppadew brand) are stuffed with a creamy filling and topped with big beautiful pieces of our IQF Jumbo Lump Crab. They are sweet, tart, creamy, savory and just a little bit spicy. Perfect for a cocktail party or for watching the big game with a beer. 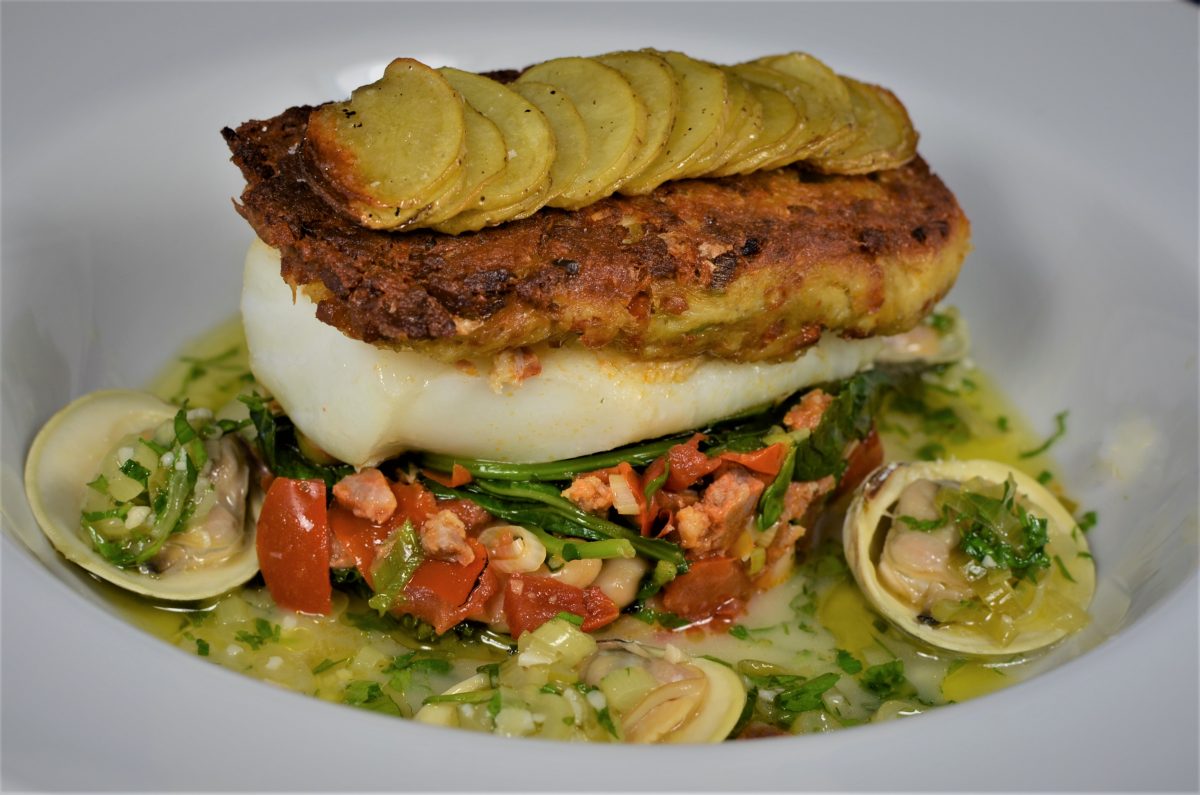 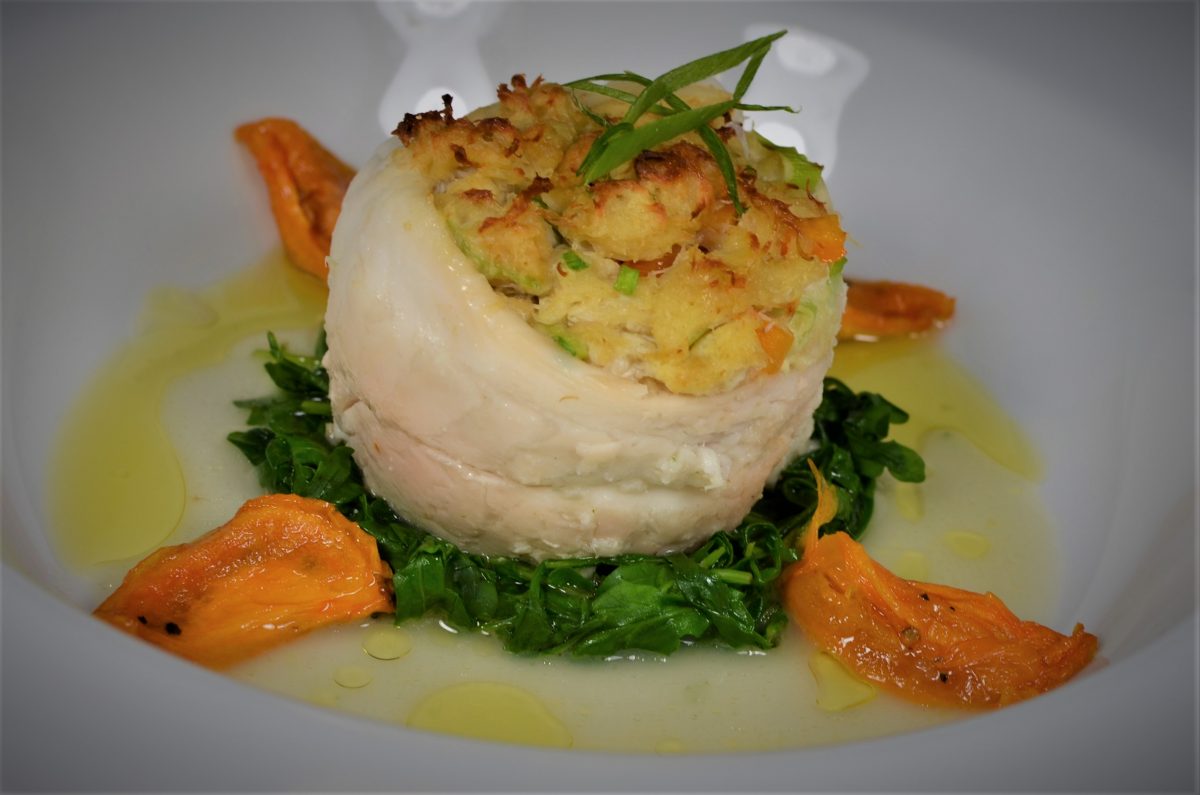 Tilapia, it is seems to be on every menu. It is a very mild, easy to cook and affordable fish. Our 4oz fillets are extra nice, they are clean label, nothing added. As a chef, this makes huge difference as it cooks more naturally than treated product. Because of this I decided to do a somewhat unique “stuffed” tilapia. Place the tilapia fillet around the inside of a ring mold, fill with a classic Maryland style crab cake, drizzle with a little white wine and melted butter. They are roasted in the ring mold until the crab cake is golden brown and delicious and the fish is flaky, delicate and moist. Serve over wilted greens with slow roasted tomatoes and finish with a light white wine sauce and a drizzle of good EVOO. 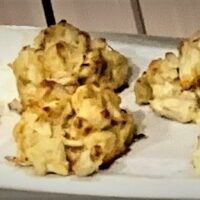 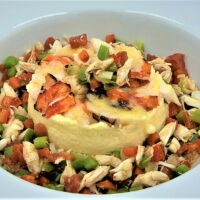 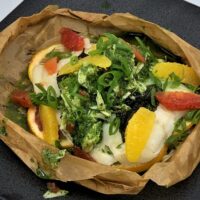 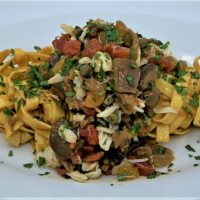 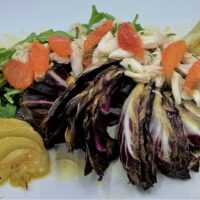 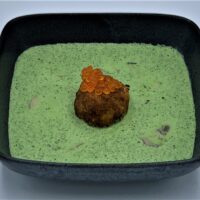